"I saw some horses before they were put on it. After Platinum, they looked like a million bucks. That's how I got on it. I want to do everything at the top level. Platinum helps me get my horses there. Results. That's why I feed it."

"Boyd Rice is known for being a true horseman. He was born into a cutting family, and has found tremendous success in the NCHA. However, several years ago, he decided that he wanted to become a better trainer, and challenged himself to show reined cow horses. It didn't take him too many years to win the NRCHAs top prize at the Snaffle Bit Futurity. Something interesting about Boyd's training method- he uses his futurity colts to do real work like gathering cattle in open pastures. It's all part of letting his horses be horses, not just show horses."

"Triple Crown Success on Third Cutting" description="TC surprised his trainer and his owner with his level of talent. Initially, Carl Smith purchased the young stallion with the intention of gelding him, and making him his Non-Pro horse. After a couple of weeks with the trainer, Boyd and Carl decided to keep the stallion intact and see if they could compete at the Open level. The next year TC won 2 of the 3 NCHA Triple Crown events. Now, several years later, TCs offspring are in the show pen, too." 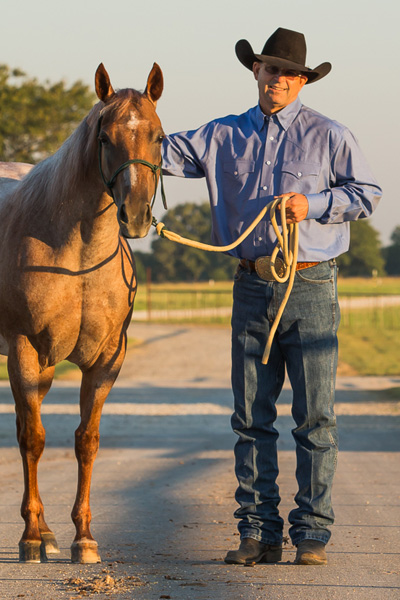