A healthy horse starts with good bones. Platinum Performance® Equine provides silicon, a trace element important for the formation of articular cartilage and connective tissue, in combination with amino acids, antioxidants and omega-3 fatty acids to help facilitate proper bone formation and calcification. For advanced cases, Osteon® can be fed in addition to provide higher levels of highly bio-available silicon for bone strength and healing.

Price starting at US $ 50.00
Buy Now
Add to Favorites Quickview

Silicon is an important element for healthy bones, tendons and ligaments. Feeding Platinum Performance® Equine and Osteon® in combination delivers an advanced level of support. 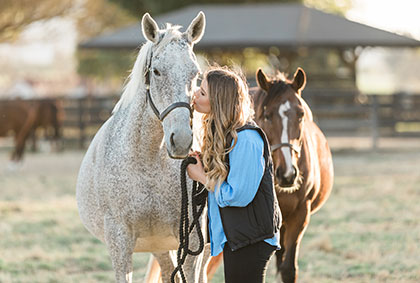 A combination of Platinum Performance® Equine and Osteon® is beneficial to keep broodmares healthy while in foal and provide vital nutrients to foals in utero and after birth. 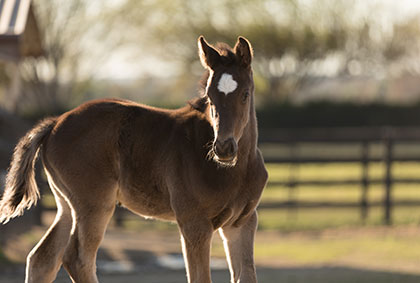 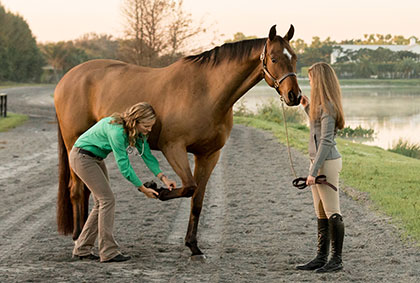 Platinum Performance® Equine, Osteon® and Platinum Joint Care Competition + HA provide the most advanced level of support for horses recovering from a soft tissue injury or fracture by supporting the speed and quality of healing.

Silicon is an important element to maintain healthy bones, tendons and ligaments in the horse. Osteon® contains a highly bio-available natural form of silicon called zeolite to support bone strength and bone healing Osteon is also recommended when equine cartilage or tendon support is needed.

“Last year, my broodmare had a very nice colt that had a crooked front leg. I was told he needed correction shoes and stall rest. However, as the mare and foal were in a stall, their pen was turned over to cattle. My little colt was on the mare too long, could not exercise and developed a very bad case of epiphysitis. It was initially recommended to me to just reduce the colt’s feed, but he just got worse. Figuring I had nothing to lose, I googled supplements to help support epiphysitis, and Platinum came up. I phoned Platinum, the lady sounded knowledgeable, and I ordered the Platinum Performance Equine Wellness and the Osteon. In less than 2 months, the colt had straightened up, grew about six inches and was able to trot and gallop around. I am blown away by this product.”
— Gayle T.
Platinum Performance® Client since 2020

A Platinum Advisor is Here to Help

Platinum Advisors are seasoned equine nutrition experts and experienced horse owners who will listen to the specific needs of your horse, then provide scientifically-sound recommendations.